What do you know and believe about the Green Card Lottery? 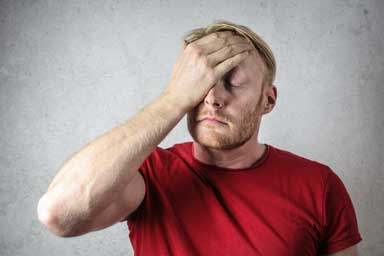 Don't believe all the gossip about the DV Lottery!

The first U.S. Green Card Lottery was held in 1994 to encourage legal immigration to America. This program was established to give a more diverse and larger group of people an equal chance to get an American permanent residence visa than had traditionally been allowed.

There is a predetermined list of countries that qualify, and that list is based on numbers of immigrants entering the United States in recent years. Countries with lower rates of immigration qualify, and countries qualified to participate changes each year. People having been born in one of these eligible countries (only a few do not), who also satisfy basic additional requirements, can take part in the Visa Lottery program.

Although the program is quite straightforward and easy to understand, very soon after the first Visa Lottery took place, many conspiracy theories and misconceptions about it started to circulate. Many potential applicants’ lack of information about the program led them to believe these falsehoods.

Let us clear up some of the more common misconceptions people have about the Green Card Lottery. Continue reading if you want to apply to the program and wish to understand how to appropriately set your expectations.

Misconception #1: If I win the Green Card Lottery, then I get United States citizenship.

Being selected a winner in the Green Card Lottery does not automatically grant you a green card or United States citizenship. However, it does mark the beginning of a process.
After being selected, some work goes into granting winners a green card. Additional paperwork and immigration forms must be completed, documents submitted, background checks performed, and interviews completed. All of this happens before the applicant can receive permanent residence status (a “green card”) in the United States.

When you win the Green Card Lottery program, there is some wait time before you can start living and working in the U.S. Once you get it, you must live in the U.S. continuously for five years before you can petition to become an American citizen, which is another process that involves its own paperwork, processing fees, and in-person interviews.

Misconception #2: I will be allowed unlimited travel in and out of the U.S. if I win the Green Card Lottery.

The green card you win is not a free pass for travel to and from United States. It is simply a visa that you receive granting you lawful permanent resident status, meaning that you can live in the U.S. under certain constraints. It is not an American passport that gives you the freedom to be out of the country for as long as you want.

Winners of the Green Card Lottery are given a Diversity Visa (DV visa). As a DV visa holder, the amount of time you can spend outside of the U.S. is limited to six months each year. Your DV visa allows you to regain lawful entry to the United States after you have traveled outside the country. It will need to be stamped in your passport every time you return to the U.S.

Misconception #3: If I participate in the Visa Lottery, the U.S. Government can deny my other U.S. visa petitions.

One of the most common conspiracy theories out there is that the Visa Lottery is a scam by the U.S. Government designed to collect prospective immigrants’ information and thereby (1) disallow them from entering the country if they petition for future non-immigrant entry visas, or (2) deny visa renewals for those who currently hold non-immigrant U.S. visas.

This is far from reality, but the thought process of those who fall for this is understandable. The theory is that the U.S. Government collects information from DV Lottery applicants and then compares that against people who are renewing non-immigrant visas or requesting them in the future. The visas are denied based on the belief that the person is actually seeking to remain permanently in the U.S. rather than just temporarily as a non-immigrant.

This line of thinking is not true and is not based on any facts. Participation in the Green Card Lottery does not affect the status of your current visa or any future visa petitions. You can participate in the program without any fear of future repercussions.

What is the truth about the Green Card Lottery?

The truth about the program is that it is honestly intended to increase the diversity of the U.S. population by opening immigration opportunities to groups of people that would normally have little to no chance of obtaining a U.S. visa.

The three common misconceptions described in this article are just the tip of the iceberg. Many more erroneous understandings about the program exist, but that does not make them true, and you should still believe in your American dream!

If you have any doubts of your own, why not consult with the team of experts at USA Green Card? We are here to help you understand how the lottery process works, and what you can really expect. We are taking applications now for the current program. Start your process today so that your application will be one of the first submitted when the registration period for this year opens.