Timeline of the Green Card Lottery 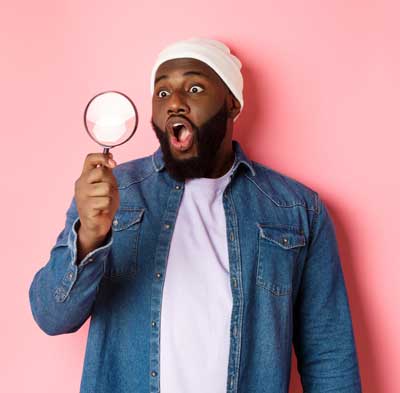 Look back at the history of the DV Lottery. It is amazing!

The American Green Card Lottery program is recognized around the globe. Millions of people have participated in this yearly ritual, striving to obtain a coveted U.S. permanent residence visa (otherwise known as a “green card”). The visa lottery epitomizes the American dream. It symbolizes an opportunity to begin a new life in the United States and a chance to improve future prosperity.

Are you curious to know what are the key developments that shaped the Green Card Lottery from its inception to its current state? How did it start? What was its purpose? How has it changed through the years?

Presented below is a timeline of the major events in the history of the Green Card Lottery. This summary is by no means exhaustive, but it does represent some of the key events and turning points in the program’s history, according to the experts at USA Green Card.

For starters, you may be surprised to learn that its story begins more than 30 years ago! Intrigued? Read on!

The Green Card Lottery was born as a proposal for a “Diversity Immigrant Visa Program” that was just one part of a larger “Immigration Act of 1990” that was introduced as bill §358 in the U.S. Senate by Senator Ted Kennedy (D-Mass.) on February 7, 1989.

The intention of the Diversity Immigrant Visa Program (“DV Lottery”) provision in the Act was to expand the diversity of the American population by creating an immigration pathway for people from countries with historically low immigration rates to the U.S., who did not have family- or employment-based paths or opportunities for immigration.

1990 – Adoption into law and opportunity.

After negotiations and a reworking of the original Act between the U.S. House of Representatives and the U.S. Senate between 1989 and 1990, the legislation was signed into law on November 29, 1990 by President George H. W. Bush (R). This made the Diversity Immigrant Visa Program a law of the United States and made available, on an annual basis, 55,000 diversity visas to individuals and their immediate family members based on a simple lottery process.

Those selected (the “winners”) in the visa lottery would be given the opportunity to obtain legal permanent residence status in the United States, allowing them to freely, legally, and permanently live and work in the country. Winners living in foreign countries would be issued diversity visas that allowed them to travel to the United States where, after entering, they would receive permanent legal residence status. For winners who were already living in the U.S., their current visas would be adjusted to permanent legal resident status.

The first DV Lottery program was held during the 1995 U.S. Government fiscal year and the application dates ran from June 1, 1994 through June 30, 1994. Applicants were required to submit their applications and photographs physically, by mail, during this entry period. Only two requirements decided an applicant’s eligibility: (1) being a native of a qualified country, and (2) having the equivalent of a high school education (or minimal work experience in qualifying occupations). Results of the program were sent only to the winners of the lottery via a letter of notification, approximately three months after the closing of the entry period.

The first visa lottery was initially referred to as the “DV-1” program. This was later changed to the still-used naming format, “DV-1996,” which includes the U.S. Government’s fiscal year for which the lottery is being conducted.

A total of 55,058 diversity visas were issued or adjusted to legal permanent resident as a result of the very first DV Lottery program.

The Nicaraguan Adjustment and Central American Relief Act (NACARA) was passed by the U.S. Congress in November 1997. NACARA stipulated that 5,000 of the 55,000 annual diversity visas would be made available for use under the NACARA program for as long as necessary, thereby reducing the number of diversity visas available from 55,000 to 50,000 each year.

The NACARA’s reduction of the annual limit of available diversity visas from 55,000 to 50,000 began with the DV-2000 program that ran from October 1, 1998 through October 31, 1998. The cohort of winners notified that was notified in 1999 was the first to be impacted by this reduction.

2003 – Transformation from paper to digital processing.

Beginning with the DV-2005 program, which had a 60-day entry period from November 1, 2003 through December 30, 2003, the DV Lottery registration system was converted to 100% electronic. Paper registrations would no longer be accepted. All aspects of the application process, including photograph submission, would be conducted via internet only. The updated application form allowed the applicant to provide an email address, but this was optional.

Despite the introduction of the all-digital registration format and the option of providing an email address, visa lottery results would continue to be sent by letter notification through the postal service (and only to those applicants who were selected).

Starting with the DV-2011 program, whose entry period ran from October 2, 2009 through November 30, 2009, the DV Lottery application required an email address be entered on the form. It was no longer optional. Lottery results, however, would still be sent by mail.

Starting with DV-2012, which had an application submission period from October 5, 2010 to November 3, 2010, winners would no longer receive notices by mail. Instead, all applicants would be required to check their results on the Entry Status Check website approximately six months after the closing date of the visa lottery. Both selected and non-selected participants would be able to verify the results of their lottery entries. Winners would receive instructions on how to proceed with their diversity visa issuance at the time they checked their results online.

The DV-2021 program, which had an entry period between October 2, 2019 and November 5, 2019, introduced a new passport requirement, which requires all primary applicants to possess a valid and unexpired passport at the time of applying for the DV Lottery. While many critics of this new requirement lamented it as an attempt by a Trump Administration hostile to the DV Lottery to curtail access to the program, others viewed the move as an adding an extra layer of security to the applicant vetting process.

Also starting with DV-2021, the number of available diversity visas returned to the original allotment of 55,000 per year, because of the end of the NACARA condition that had reduced this number to 50,000 since 1999.

On February 4, 2022, a Washington US District Court ordered the elimination of the US State Department's 2019 passport requirement. The judge found that the rule was enacted illegally. The US State Department promised to adjust its operations to abide by the ruling, thereby making it easier for future DV Lottery applicants to participate in the annual program. Applicants no longer need to provide passport information on their registration forms.

The DV-2024 program is scheduled to take place late in calendar year 2022. This will be the 29th occurrence of the venerable visa lottery.

Why not become a part of history? Add your participation to the Green Card Lottery timeline!

Learn how USA Green Card can assist you and apply today!